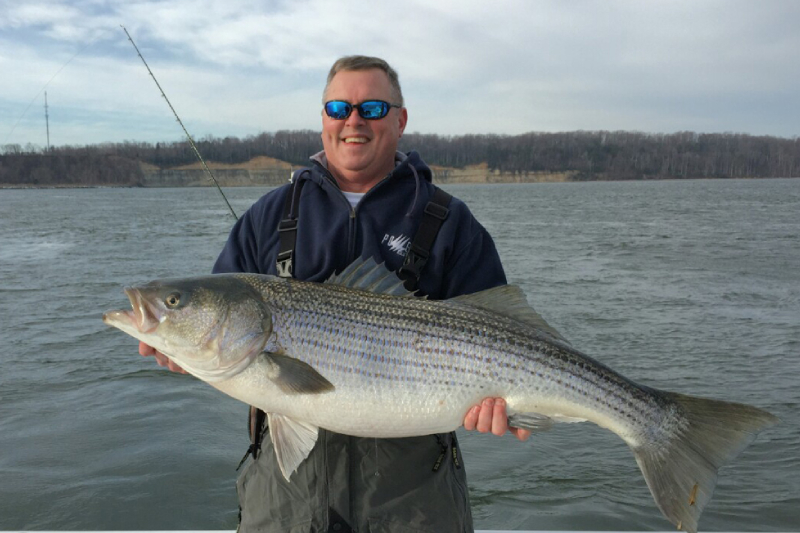 Anyone who knows anyone who fishes on the East Coast knows that the stripers are in. But I have some breaking news about how to catch them: all you need to do is get down to the beach and dunk your clams or pull your plug through the water. You’re not going to catch stripers by sitting in front of the computer reading this awesome blog. You can catch stripers at any time of the day or night, at any tide or moon phase, and in any weather condition. However, my prefered time at the moment is from sunset until the fish stop biting. (Or in the case of my last fishing trip – until the skate steal all of your bait.) I’m a big fan of clam fishing but I’m trying to give some other methods a go – a guy should have more than one string in his bow.

My main focus at the moment is live eels. I’ve had no hits so far, but I’m putting in my time. I’ll let you know how it goes..Striper FishingPosted on April 28th, 2009Jamie In a month or two. And I hope I catch some. Let me define ‘Stripers’. Last year, when I cast out a surf rod for the first time, a ’striper’ meant any striped bass at all. It took me 10 trips before I got one, and we were both hooked. My desire for bigger stripers grew larger. Now, in late April 2009, my definition of a striper is still the same, but I’m now talking about the striper, the one that makes my rod bow and tremor towards the ground, the one that’s tail still flaps over the 28? mark. The stripers are coming. And I’m going to be there too.Striper FishingStriper